Learn About Peep’s Road to Recovery

Peep’s Story… Her Road to Recovery A Personal Note From Shelly Swetnam, Founder of Peep’s Playground:

I saw Peep for the first time on a rainy Tuesday afternoon. It was shortly after Hurricane Irma, September 2017. I had been fostering kittens for Palm Beach County Animal Care and Control and while they were in my care, we managed to find a suitable adopter for two of them. I told the woman adopting them I would meet her at the shelter with the kittens and I would hang out to help her with the paperwork in case she needed me. The interesting thing is if it was not for the hurricane, I would never have had the kittens.

So there I was, waiting for the adopter to finish the necessary paperwork for the kittens; during that time, I decided to go out to my car for a minute. As I was headed back into the shelter, I noticed a woman with a brown towel with something wrapped inside (as it was raining). I figured it was going to be a raccoon or possum. (Yes, I know I was at a shelter, not a wildlife sanctuary; however, that is what I was expecting to see!) I asked the woman, “Hey, what’s that”? She proceeded to show me. To my surprise, it was this tiny, wet, emaciated blonde Chihuahua. Wow, she was a sad sight! My response to seeing her was, “Oh my god, the poor baby!” Before I even had a chance to ask the woman, she told me she was getting gas on Palm Beach Lakes Blvd. and saw this dog lying next to a dumpster at the gas station. She didn’t know what to do. She picked it up and brought her to the shelter. I immediately knew I was going to do anything to help this pup. I quickly jumped into action and called the people I knew at the shelter: my recuse friends and my vet. I had her by 10:00 am on Wednesday… the very next day. Her intake time was 3:20 pm on September 26, 2017 and she was estimated to be about 1 year old.

I bundled her up in blankets and rushed her to Drs. Scott and Kristy Lund's clinic in Boca Raton, FL. Her leg was swollen and bruised from where a catheter blew in her vein and her neck was bruised from taking blood. She was unable to walk; however, she was not paralyzed. In the car, she was quiet but alert. She seemed tired but relieved at the same time. I am sure she had been through a tremendous amount in her short little life and on some level knew she was now safe.

At this point, my plan was to fix her up and get her adopted. I thought she was only malnourished and needed some TLC.

We arrived at Dr. Lund's clinic and he provided her an initial exam and decided to keep her for a few days to get her eating and drinking. We were unable to take blood or do much of anything because she was so weak and needed to stabilize before we could start figuring out what was wrong. On the surface, she appeared weak and neurologic due to malnourishment, which would explain her inability to walk. She only weighed 2.3 lbs!

When she came home from Dr. Lund’s, I set her up in a crate at eye level next to my bed. I watched her like a hawk day and night. During that time, it came to me; her name would be Peep. She figured out quickly if she barked or wined; I would jump. Her noises sounded like a peep vs. a bark. So her name became Peep. She responded to it immediately. In fact, she then began to become more confident and even bossy.

A few days had gone by, she was finally allowed to come home with me. She could not walk, had no control over her bodily functions, and could barely hold up her head but she was not paralyzed. She knew she had to go potty but was unable to do anything about it. She tried to eat on her own but had a very hard time. Eating in general was difficult for her. I was syringe feeding her several times a day. I made her different varieties of goulash to keep her eating. She was not improving at all. She would not put on any weight and when I would think I was making progress. she would stop eating or start sleeping more. I was becoming desperate and very worried.

Throughout everything, she kept fighting. I knew at this point if I didn’t do something different, I was going to lose her. I decided to call Dr. Michael Reese at Southeast Veterinary Neurology for a consultation. I was beginning to think something was wrong with Peep’s back. I did not know. We were way past neurologic issues due to malnourishment. She did not seem to be in any pain but she was not improving—quite the opposite actually.

As you have probably guessed, Peep is no longer an adoption candidate. Regardless of the outcome going forward, I was keeping her.

Dr. Reese examined her and determined that she had:
Summary and Recommendations: Peep's difficulty walking localizes to a problem in the caudal brainstem or cranial cervical spine. She has vestibular ataxia (incoordination), with prominent sway as she stands. She does have signs associated with cerebellar dysfunction as well, but the weakness does not fit with a strictly cerebellar problem. Her radiograph showed subluxation of the atlantoaxial (AA) junction, in which the spinal cord compression is severe based on the MRI. She has other malformations that are common with her breed (hydrocephalus, caudal occipital malformation syndrome (COMS)), which are likely incidental in her case.

AA subluxation can be treated conservatively, with bandaging to stabilize the neck, or surgically. The degree of dislocation is unlikely to be resolved with bandaging, making surgical correction of her problem the better solution. Surgery involves realigning the bones and then fusing them with screws and bone cement. This surgery is not without risk, but the success rate is pretty good. Based on how severe her weakness is, she will likely have some residual weakness. However, the goal is to relieve pressure on the spinal cord and hopefully allow her to be up and walking again. We have her surgery scheduled for Monday, 16 October 2017. 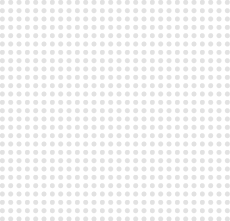 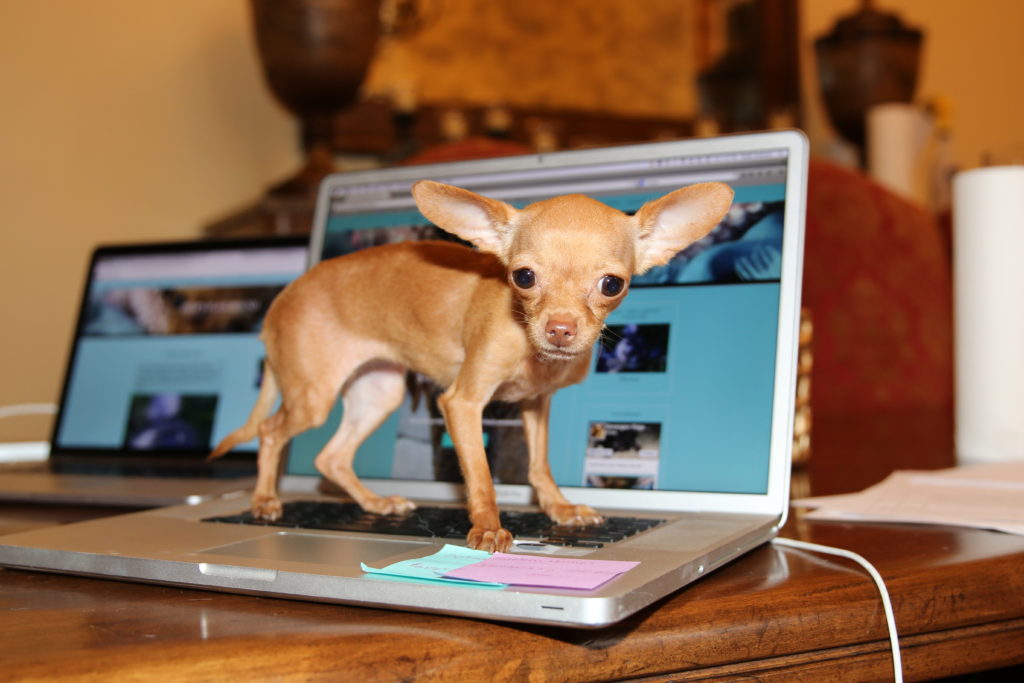 I was shocked, her neck was essentially broken. Her other issues including vestibular ataxia and cerebellar dysfunction were at least manageable. With the neck fracture, her spinal cord was severely compressed which would affect almost everything in her little body from her legs to her tail. This was a very major medical situation. However, it explained a lot; at least we knew if we could repair her neck and spinal cord, her quality of life would improve by 100%. The surgery had to happen. There was no other choice.

As you can imagine, I was scared to death for this 2.3 lb. baby to have a major neurosurgery. But it’s what she needed. The expense was quite significant even with the doctor working with us. Peep would be the first surgical patient for Southeast Veterinary’s new Boynton Beach location. I dropped her off the morning of her surgery and was so scared I wouldn’t see her again. These types of surgeries are always difficult. Peep was still so malnourished and depleted that the anesthesia was a bigger risk than usual. Then you consider the surgery itself, I was a basket of nerves!

Thankfully, the surgery was a success. It took two neurosurgeons working on this little thing. Imagine the tiny surgical instruments they had to use. Dr. Reese said her neck was so hard to “pull” back into place that it took two doctors to get it in alignment. The prognosis was guarded but hopeful. We did not know what improvement to expect post-surgery. The biggest hope was that she would walk. Sure enough, within 2 days, she was walking. Yeah!!! Since then, she’s improved every day. The nerves in her neck/spine were regenerating and as they regenerated, who knew what could happen, the sky was the limit. She needed to wear a hard neck brace for about a month. I was told she should try and walk but we needed to be careful. Well, all she wanted to do was walk! She was on a mission. The more she walked, the better her gate became.

She had her one-month re-check and Dr. Reese couldn’t have been happier with her progress. At this point, she was put into a soft neck brace for a month. She was much more comfortable in the soft brace. She even started to try and play. From day one, getting her to eat was a struggle but now that she was getting better, she started eating more and getting stronger. She was regaining control of her bodily functions and her neck was becoming more stable by the day. She already had a HUGE personality but now, WOW, it was ginormous! Talking all of the time. Bossing me around.

At her two months’ check-up with Dr. Reese, she was taken out of the brace and I was told let her be a dog. She was on the right track and healing fantastically well. I was ecstatic!

Over the course of the next months, she was walking better, going potty outside, and she began to wag her tail (She had no control previously over her tail). She had involuntary movement of it but no control. The day I saw her walk up to one of my other dogs and start wagging her tail, I almost cried.

Today, she continues to show improvement. She is now walking all over the house and farm on her own. She can maneuver all around and over obstacles which were impossible just a few months earlier. She tries to run but I don’t believe she will ever be able to because of her other issues unrelated to her neck.

Prior to the surgery, I watched Peep closely to make sure I was doing the right thing—putting her through this journey. At no point did she give up and neither did I. She was always affectionate, willing, and full of spirit.

I have been so moved by Peep’s journey and fighting spirit I decided to create “Peep’s Playground” and Kensington Ridge Farms Rescue and Sanctuary. I hope you can tell from this story, I am devoted to giving love and care to animals in need. The sanctuary serves animals that have suffered abuse, neglect, illness, injury, or abandonment by providing rehabilitation, adoption services, palliative care, or simply a safe haven in a home environment.

Peep may not have had a chance if I was not at the right place at the right time. It was truly serendipitous. She has changed my life as was much as I have changed hers. Because of Peep, my rescue and sanctuary will save as many lives as possible. 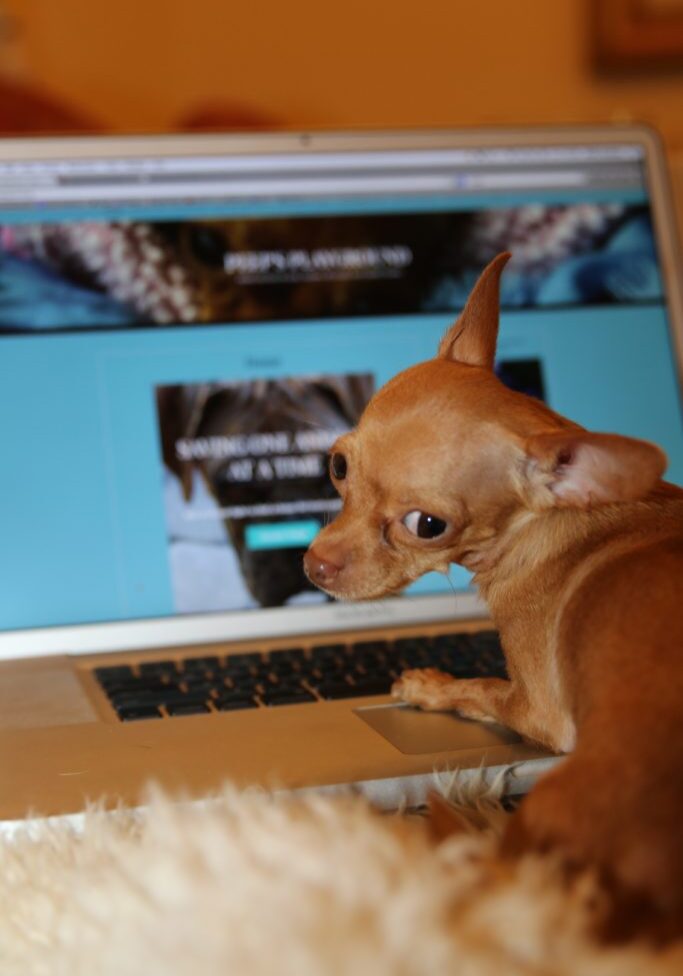